During the Nineties, I had a very specific hairstyle. It’s not very hard to describe, except for the fact that it’s hard to admit to.

Here’s the truth of it: I have naturally curly hair. Oh sure, you think this is a good thing. I’ve had many a woman tell me she’d love to have my hair. But at that time the fashion among men was to have long hair, and if I tried to grow my hair long it basically came in as a ‘fro. The alternative was something even more ghastly, although at the time I didn’t realize it… a mullet. 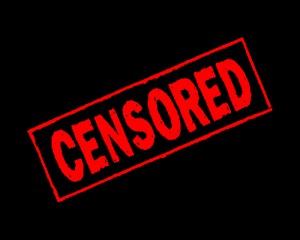 I’m thinking of the children.

I didn’t really understand at the time what the big deal was, although at least a few of my friends tried to give me subtle hints, usually things along the lines of “hey Bob, you may want to get a haircut”, or “dude, you have a mullet, please shave it off before we have to kill you in the name of good taste.” Had they been a little more direct I might have been spared the indignity.

The worst part of it all was that I had role models to look up to in Hollywood who made it look good. I mean sure, they had feathered hair instead of curly hair, but other than that? Totally making it work.

What’s that you say? Name one? Okay. Patrick Swayze.

Okay, I got nothing.

The point is it seemed like a good idea at the time. Besides, what was my alternative, try to look like Kurt Cobaine?

But this isn’t about justifying. This is about owning the past and learning from it, as well as helping others to avoid my mistakes. And the first step to doing that is to name my mistakes. That’s where you come in.

I’ve always preferred the term “frullet” to describe the hairstyle I had, as a noxious portmanteau of “fro” and “mullet”. A friend suggested that didn’t quite encompass the magnitude of my mistake, and instead suggested “mulleto”. Personally I think that sounds like a coffee drink you would get at Starbucks. So I throw it open to you: what would you call it?

4 Comments on “The Forbidden Hair Style”

What's Your Not So Humble Opinion? Cancel reply