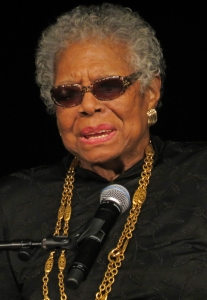 By York College ISLGP [CC BY 2.0 (http://creativecommons.org/licenses/by/2.0)%5D, via Wikimedia Commons

I’m writing to you because I’m quite vexed over my father’s intractable position vis-à-vis the proposal of my commencing a relationship with a boy. I am fully capable of making my own decisions, having already attained twelve full years of age, and while I have not yet reached menarche, I am still as much a woman grown as any of the other girls in my class, many of whom have already gone on one or more dates. I think he is being completely unreasonable. What say you?

A Caged Bird, Too

A free bird leaps
on the back of the wind
and risks unknown
are hers to embrace
without a care
to cast aside the chains
of a life left behind.

But a bird that stalks
down her narrow cage
held back by father’s
blindness and fear
her wings are clipped and
she knows not why
so she opens her throat to sing.

The caged bird sings
with a fearful trill
of things unknown
but longed for still
and her tune is heard
on the distant hill
for the caged bird
sings of freedom.

The free bird gets cruel education
on the price of casual flirtation
and the handsome boys not as good as their word
and her eyes with tears are blurred.

But a caged bird knows more than a father could
He’d lighten up if he understood
But he still says “no” and locks the doors
so she opens her throat to sing.

The caged bird sings
with a fearful trill
of things unknown
but longed for still
and her tune is heard
on the distant hill
for the caged bird
sings of freedom. 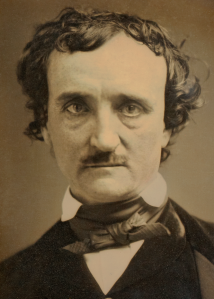 I’m planning to propose to the love of my life, my beautiful girlfriend of many years, and I want to do it somewhere special, someplace so magical she’ll never forget it. Can you offer any suggestions?

Searching for the Moment

Dear Lost in the Moment,

It was many and many a year ago,
In a kingdom by the sea,
I proposed to a girl you may know
By the name of ANNABEL LEE;–

Let’s just say things didn’t exactly work out
The way that I thought they would be.
If I had it all to do over
In that kingdom by the sea,
We would have just gone out to a nice dinner–
I and my Annabel Lee.

My advice? Bundle up, stay inside, stay warm —
STAY AWAY FROM THE SEA. 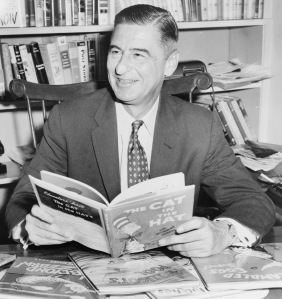 I’m not sure who to ask about this, but here goes. I’ve started noticing the boys in my class, and I think I like them, you know, in that way. Which would be great, except I’m a boy too.  Which I guess means I’m gay? And some people say being gay is bad, and other people say it’s not, and I just don’t know what to think. What do you think?

There once was a girl named Julie Madevin,
A charming young thing the age of eleven.
She had a crush on a boy in her class,
The boy known as Billy Sassafrass.
Julie thought that he was quite alright;
His eyes were blue, his pants were tight.
But there was something the other kids would say:
They all insisted that Billy was gay.
Julie didn’t know what to do,
So she ran home and asked her mommies two.
They told her this was quite alright,
And Julie slept quite well that night. 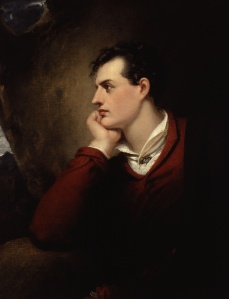 I want to do something really special for my wife for Valentine’s Day this year. It’s been a rough year, and I really want to show her I love her more than anything in the world. You’re renowned as one of the greatest romantics of all time; can you please give me something to show her just how much I love her?

The Birth of Greatness

She was my first best friend.

She was my first arch-nemesis.

She was the first girl I ever loved.

She nursed me through my first heartbreak.

She has the voice of an angel, and sings as beauty personified.

Her heart is big enough to love anyone, even a scoundrel like me.

She has inspired me, confounded me, infuriated me, counseled me, consoled me, and stood beside me my entire life.

Happy birthday to My Not So Humble Sister.

Love is in the Air

Spring has at last sprung, and as the great cycle continues, so does a person’s fancy turn at this time of year to thoughts of love. But not everyone expresses that fancy in the same way. Let’s pause for a moment and consider how different folks might express themselves using a classic formula.

That has nothing to do with God, because He doesn’t exist.

Infantilizing love poetry is a sign of the Patriarchy.

I already peed on them, are you gonna eat that?

Who cares? Worship me.

Stop running in the halls and keep your hands to yourself.

When are you going to come visit? And what, I don’t even get a phone call?

Redundancy is good, and violets are blue.

You can have as many of each as you like for the right price.

I take them from the rich and give them to you.

We’d have more flowers if it weren’t for government regulations stifling American innovation; I personally blame Barrack HUSSEIN Obama and his kleptocratic cronies who insist on bleeding average Americans dry so they can support their bloated bureaucracy rather than let the free market decide what the people ACTUALLY want, unless of course that something happens to clash with my own personal morals and beliefs.

Today I’m going to talk about a subject I have spent the better part of the last decade proving I know absolutely nothing about: marriage.

When I first started dating the woman who was to become my Not So Humble Wife, she told me I was going to marry her one day. I tried to laugh it off, but I have to admit I felt something when she said it. A certain hush, like all the people who had known me my whole life had taken a collective breath and were holding it in fear… Two years later (and after driving through a hurricane to get the engagement ring – I am not making this up), I finally proposed. It was one of the few times in my life I have managed to both surprise and delight her at the same time (she doesn’t usually like surprises).

So why wait so long? Because we wanted to make sure we were making the right choice. We danced around it, talked about it, noodled on it, even joked about it for a long time, both before and after we moved in together. We both knew we were the “forever and ever” types (none of this “til death do us part” crap – watch our wedding video, it’s in our vows), so we had to make sure this was the right thing. I mean hey, we already had everything we wanted “living in sin”, so did we really need to tie the knot?

We talked about all the things everybody says you should talk about and so many couples don’t because they’re so sure that love is enough. We learned one thing very fast when we moved in together: love is not enough. No amount of love in the world is enough. If nothing else you also need patience. But we also talked about the rest of it. We talked about finances (we agree broadly on how to handle them), we talked about religion (different but compatible), we even talked about kids (she likes them with a wine sauce; I prefer a side of fries).

At the end of I all though we realized that those things, while important to having a successful marriage, are not the reasons why you get married.

Why get married? Because ideally you found someone who makes you just a little bit happier. Most of life is lived in the spectrum of mediocre. When you find the right person, you live most of life at mediocre +1. The good times are just a bit better; the bad times are not so bad. They don’t “complete you”, they don’t “make life perfect”, and they don’t “give you a reason to live”. If you need that, you need therapy. That’s no kind of weight to put on someone else’s shoulders. A good spouse is a partner, someone who will support you when you need it but will also challenge you when you need calling out. They give you a desire and an incentive to be a better person, in whatever way that means to you.

At least, that’s what I’ve found so far.